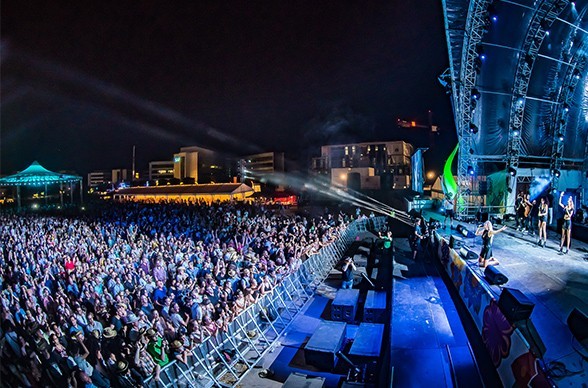 Annabell Whitney combines a rare blend of beauty, dynamics, performance, charisma and strong voice. She actively involves the audience in her show. She gives everything when it comes to transforming business people into party animals. Annabell Whitney understands how to engage and mesmerize a demanding clientele. She has proved her skill in front of stars including Michael Jackson, Shaggy, Chaka Khan, Toto, Huey Lewis, En Vogue, The Weather Girls, Roger Hodgson (Supertramp), Leo Sayer, Toto, Gloria Gaynor, and others. In 1999, she celebrated as a frontwoman of Masterboy her first chart successes. Her (as Annabell Kay) self-written song “Let it Shine” was used for the radio and television advertising and ran Germany-wide in all radio stations several times a day – her album staying for weeks in the German Album Charts. With the formation Giants Club she was seen once a month on the Sat.1 primetime show “Die Hitgiganten”. Let Annabell Whitney’s stage presence inspire you.

You can find out more about which cookies we are using or switch them off in settings.

This website uses cookies so that we can provide you with the best user experience possible. Cookie information is stored in your browser and performs functions such as recognising you when you return to our website and helping our team to understand which sections of the website you find most interesting and useful.

Strictly Necessary Cookie should be enabled at all times so that we can save your preferences for cookie settings.

This website uses Google Analytics to collect anonymous information such as the number of visitors to the site, and the most popular pages.

Please enable Strictly Necessary Cookies first so that we can save your preferences!

Please enable Strictly Necessary Cookies first so that we can save your preferences!